How to Get Into the Radar of A-Listers 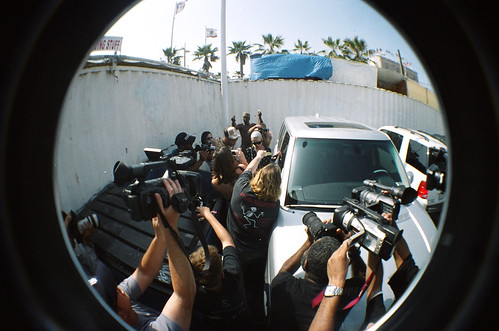 This is the second in a series of posts about working with A-listers. Last week, I wrote about how you can get A-listers to do pretty much anything you want.

Today, I'd like to give some tips about actually getting into the A-listers' radars. That is, get them to notice YOU and actually want to work with you.

But before we dive into that, let's back up and make sure we all have the same understanding of who or what A-listers are.

What Is An A-list?

The term A-list (if my research serves me right) originated in Hollywood. It refers to a list of actors who are bankable. That is, they can be relied on to bring a lot of box office sales.

Since then, the term “A-lister” has been applied to anyone who is on top of their field.

In the online marketing world, an A-lister is one who is a celebrity in their market. They have:

We also usually ascribe other characteristics to A-listers, such as a big income and thought leadership.They may or may not have these qualities, but most people believe they do.

Why Do We Want to Work with A-listers Anyway?

Those of us who are still struggling to achieve what A-listers already have — recognition, reach, and clout — usually find it beneficial to connect with them.

Among other things, A-listers can help you:

Now that you appreciate the benefits of working with A-listers, the million-dollar question is…

A-listers are busy people who get tons of requests from different people every day. You already know how to approach A-listers to increase the chances of them doing stuff with you.

What follows is a list of different ways you can get on the good side of A-listers — without sucking up! These are ways to get noticed by A-listers, actually get them to remember your name, and even start doing joint ventures with you. (These are listed in the order of easiest to most difficult.)

This is the easiest way to get the attention of an A-lister. Especially if they're about to launch a product or program, A-listers usually have time to do an interview, even with someone relatively unknown.

You can do the interview in any format, from written to audio and video. An email interview is usually the easiest, and even the busiest “celebrity” can usually accommodate it.

However, some people may prefer an audio or video interview, because they talk faster than they write, or for other reasons. Get on Skype, use Pamela (for Windows) or Call Recorder (for Mac), and record the interview. If you have access to teleseminar or webinar facilities, then use that for greater interactivity — you can even get other people to participate.

Whichever format you use, always prepare well for the interview. Ask thoughtful questions. And do everything you can to promote the interview to your list subscribers and social network contacts after you've published it.

This is another easy way of getting attention from A-listers. Do a thorough, objective and informative review of their product, and publish it — on your blog, on YouTube, on Facebook, etc. Some A-listers actually monitor reviews of their products, and you'll be rewarded with a tweet, post or other content linking to your review.

Now we get to the meaty part. Be the A-lister's customer. Buy their information product, or even better, sign up for their membership program. If it includes one-on-one or group coaching, then it's even better.

But don't stop there. Actually implement the A-lister's program, follow what he or she teaches, and BE SUCCESSFUL. Get good results. Then make a testimonial and send it to them, with their permission to use it on their sales page and other promotional materials.

Being one of their success stories is a fool-proof way of getting noticed.

Here's another biggie: become an affiliate for the A-lister and sell a ton of their stuff. Successful marketers always know which of their affiliates bring in the most sales, so this is an effective way of getting them to notice you.

If an A-lister is having an affiliate contest, try your darn best to win it. Not only will you get his or her attention, you'll also get “known” by other top marketers. That's because the winners or top performers are often published on affiliate emails or even the A-listers' blogs.

5. Create a product with them.

This may be the most difficult one. Offer to create an information product with A-listers. The simplest way to do this is by interviewing them (see number 1), and then packaging the interview as an infoproduct.

Make the A-lister an affiliate for your product, so they'll have the opportunity to earn an income from your product as well.

And in case you were wondering, no, you don't have to pay A-listers to be interviewed for a paid product. Usually, they're happy enough to get the exposure you will give them.

Do The Next Step

I hope this post has inspired you to reach out to some A-listers in your market and start partnering with them.

If so, what next step have you decided to take?

If not, what's stopping you?

Let us know in the comments below.

How to Track Email Metrics

How to Get Meaningful Feedback on Your Work

Previous Post How to Get A-Listers to Do What You Want — Most of The Time Next Post The ROI of Blogging (Or What’s Your Blog For?)