Are Tweetsnobs Worth The Aggravation? 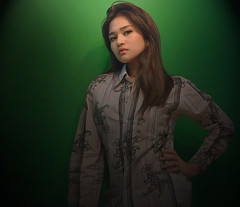 It's when you send somebody more popular than you–you know, the one with a gazillion followers on Twitter–a question by sending them an @ message… and they completely ignore you.

My Twitter friends and I have come up with a term for this person: tweetsnob

Does It Affect You?

Some of the people I know online feel personally hurt by this. I've seen a few complain about it openly on Twitter.

Others, though, think more along the lines of, “It's my Twitter, I'll reply IF I want to!”

They believe that nobody owes anybody anything, and everybody is entitled to not respond to messages, even inquiries specifically addressed to them.

While I don't take tweetsnobbing personally, it does bother me.

First of all, it's common courtesy to respond when spoken to. Tweetsnobbing is like ignoring the person, albeit a stranger, who says “hi” to you on the street.

Now maybe, I'm a small-town girl who doesn't know that you don't say “hi” back in places like New York City. (Do you? I haven't been to NY, so I honestly don't know. In Manila, it's still perfectly fine to say hi back, although you may find yourself being mugged in the next five seconds. In Windsor, you ALWAYS smile and say hello back.)

Where I come from, you don't lose anything by being a nice person. And tweetsnobbing is NOT nice.

Secondly, most of the tweetsnobs position themselves as social media experts. Heck, most of them even have a paid product about Twitter marketing, social networking, and the rest of social media.

All of them say that social media is all about engagement, conversation and community.

If that's so, then they should model engagement, conversation, and community. Ignoring somebody who sends you a question negates all that.

But I'm So Big Now That I'm Too Busy For You!

The number one reason for tweetsnobbing is because some people have gotten so many Twitter followers, that they get a barrage of @ messages.

I'm hardly big on Twitter and yet I know I've missed a message now and again because of the sheer number of them. How much more the social networking A-lister?

Should they outsource their Twitter engagement? Should they just accept that they have a responsibility and devote a couple of hours a day responding to everyone?

Well, I don't have any answers for them.

I do know that many A-listers do manage to respond authentically. How do they do it? I don't think it's actually their VAs doing it. I suspect they simply set aside a few minutes a day to engage with others.

What Do You Think?

Is tweetsnobbing even an issue? Or am I being a whiner for no reason at all?

Have you ever been tweetsnobbed? How did that make you feel?