Why “Working Smarter” Is, In Fact, Dumb 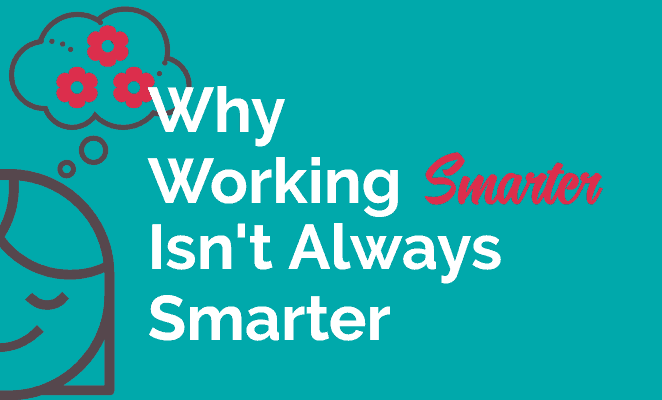 That advice inevitably comes up whenever we talk about how to become more productive.

And by “work smarter,” people mean that you shouldn’t work harder than you have to, that you should employ shortcuts, timesavers, and hacks, so you can complete the same task with fewer steps, with less effort, and in less time.

But that’s not being smarter; that’s just plain common sense!

When did having common sense count as being smart, anyway?

What It Really Means to “Work Smarter” 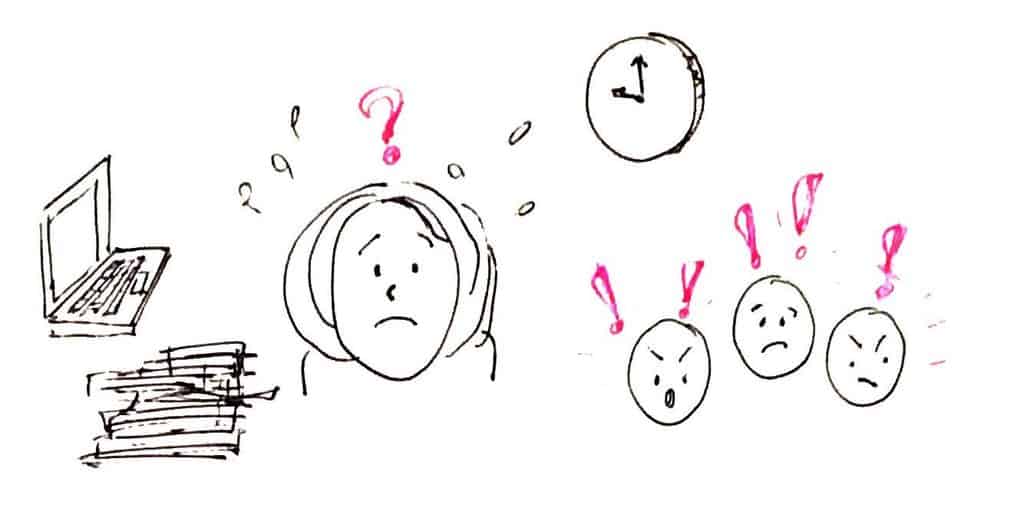 It’s not just about checking off a long list of to-dos.

It’s about doing what will, in fact, move the needle... get you closer to the finish line... make a meaningful impact.

For example, I could spend two hours writing a blog post. It goes live and gets a few readers, maybe even a handful of subscribers.

Or, I could spend those two hours reaching out to past customers and new prospects, telling them about my new offers, and making a few sales.

Which activity would be more productive?

If my goal is to increase my income in the near future, then making offers is the smarter use of my time. I would spend the same amount of time—two hours—but I would end up with more income sooner than if I had blogged.

"Working smarter" doesn't mean employing tactics to do more in less time. That's just common sense! *This* is what it really means.

But There's A Catch

The problem is, knowing what you need to do does not always translate to actually doing it.

"Just having the knowledge is not enough to change our behavior and create real, lasting change," writes Shawn Achor in The Happiness Advantage: How a Positive Brain Fuels Success in Work and Life.

Think about it: To get to a new level in your business, you have to do something—maybe even a lot of things—you've never done before.

And that’s downright scary, intimidating, stressful, and panic-inducing. You're going into unknown territory and your chances of failing are high.

And so you stick to doing the things you already know, the things you’re comfortable with… and then you wonder why you’re stuck where you are.

It sure feels much safer to write blog posts, all alone in your home office, than it is to lay yourself bare to rejection by selling stuff to people.

I’ve seen first-hand how people can sink thousands of dollars into a training program. But when it comes to implementing it, they don’t do it because it requires them to do something new and it scares them to death. They end up abandoning the program.

They’d rather lose all that money than do something that scares their socks off.

I’ve been guilty of doing the same thing. How about you? (Come on, I can't be the only one!)

How to Have a Productive Mindset 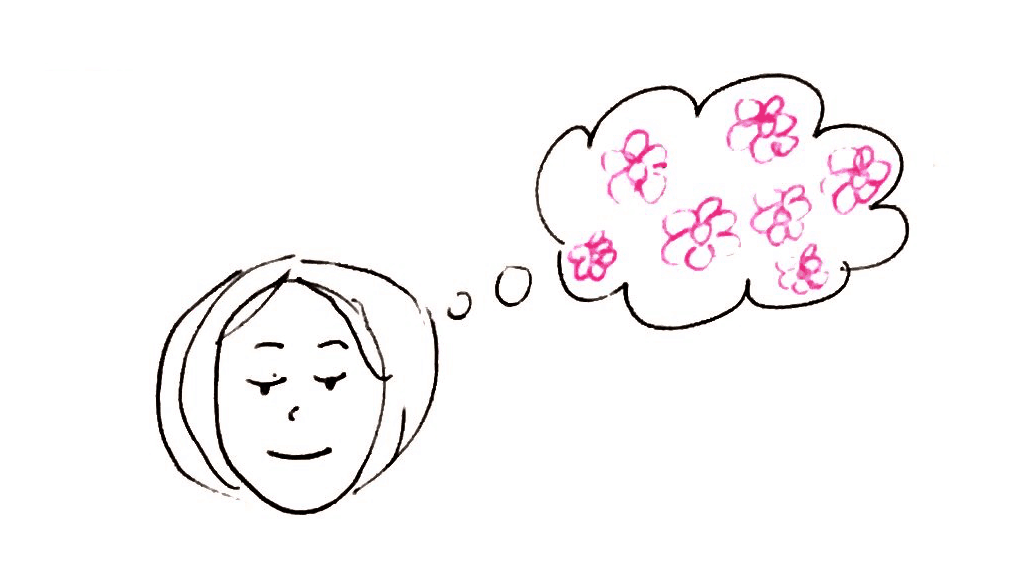 Is there a mindset that makes you more productive?

A mindset that can give you the courage and impetus to do the things you know you need to do in order to achieve your goals?

Researchers say there is.

It’s not the mindset of a Type A personality, although Type A’s can have it.

It doesn’t require a PhD or MBA. Neither does it require you to do practices like meditation or visualization (although those can help).

It’s quite simple, really: A productive mindset is a positive mindset.

“Positivity doesn’t mean we should follow the axioms ‘Grin and bear it’ or ‘don’t worry, be happy,” Barbara Fredrickson, PhD, says in her book Positivity: Top-Notch Research Reveals the Upward Spiral That Will Change Your Life. In fact, denying the negative leads to what she calls “toxic insincerity.”

Having a positive mindset doesn’t mean burying your negative emotions and negative thoughts.

Is there a mindset that makes you more productive? Researchers say there is. #productivity

By a “positive mindset,” I’m referring to intentionally cultivating positive experiences, emotions, and thoughts in your daily life—no matter what your circumstances may be.

According to research by Fredrickson and other scientists, positivity has many benefits. It:

Reading that list, it’s easy to see how a positive mindset is a productive mindset, right? 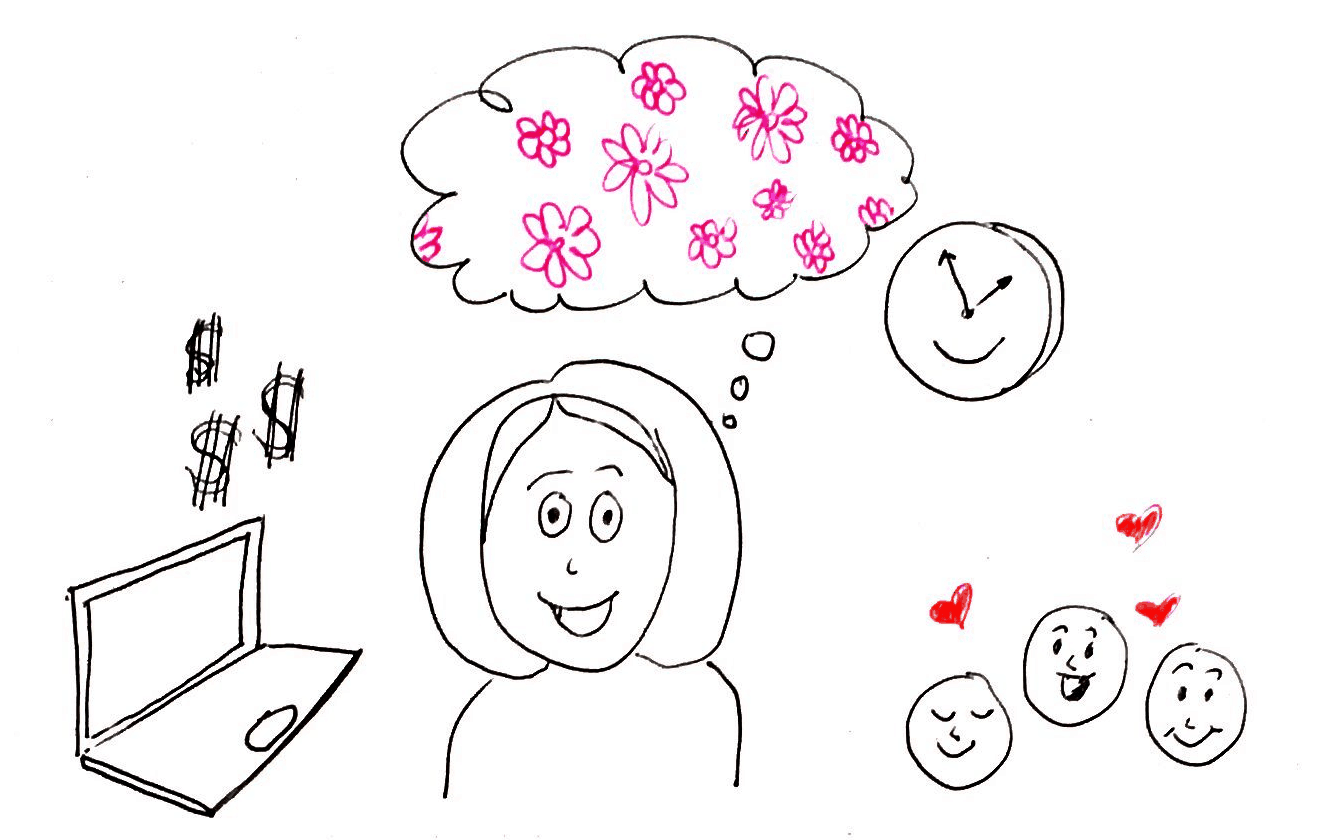 Contrast that with the negative thoughts and emotions that keep you from doing what needs to be done:

Negativity can keep you from trying in the first place. Or it can make you give up too soon when success is just around the corner. Do you see how negativity sabotages your productivity?

All it takes is a few simple practices that require only a few minutes every day. 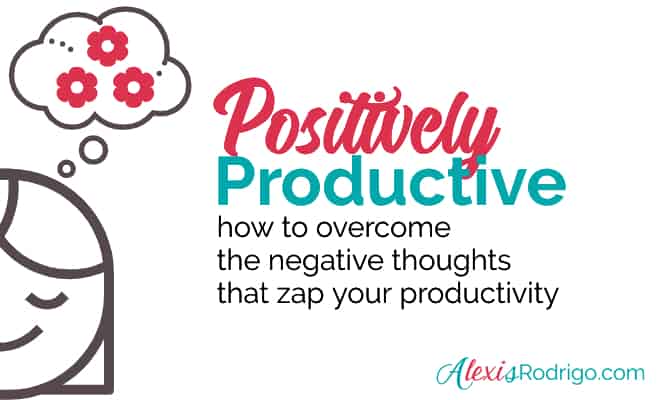 That’s what I’m covering in my new program, Positively Productive: How to Overcome the Negative Thoughts that Zap Your Productivity.

In this program, I share the positivity practices I discovered, ironically enough, at a time when it was particularly difficult for me to be positive.

The program has begun and, as of this writing, 96 people have joined. I hope you'll be one of them!

In the meantime, tell me: have you noticed a difference in your productivity when you’re in a negative vs a positive mindset? Tell me all about it in the comments below.

PS: I prefer to work smarter and harder. Those two together make you unstoppable. Wouldn't you agree?