The State of Social 2018: Key Takeaways and The Biggest Opportunity for Marketers 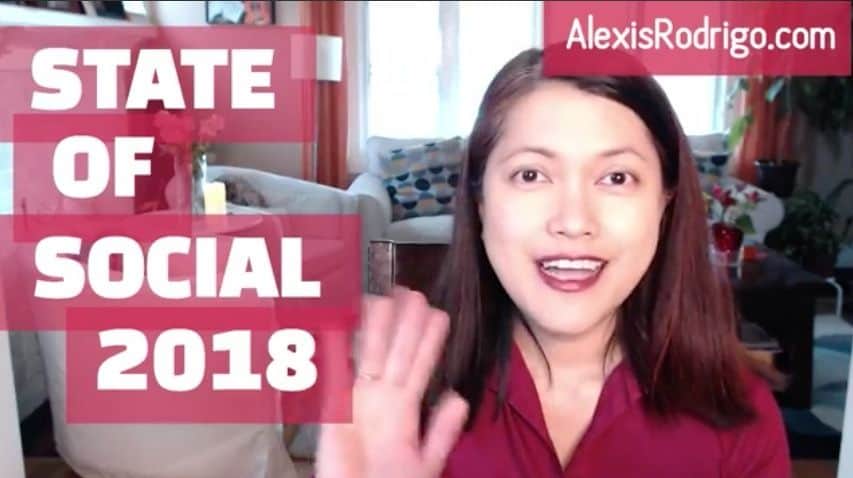 Do you want to know what other marketers and business owners are doing to promote their products on social media?

And, more importantly, do you want to know what they're not doing because they think it takes too much time or it's just too hard?

If you answered yes then read on, and I will present to you The State of Social 2018.

I will show you some of the key highlights of this study and point out what I am seeing as a glaring opportunity that the majority of marketers are just not taking advantage of.

About The State of Social 2018

The State of Social 2018 was recently published by Buffer on their blog. It's an annual survey that's done by Buffer in collaboration with Social Media Week.

Let's go over some of the background of this survey.

And 41% of the respondents said that they are a one-person marketing team. Again, it's probably very similar to your situation (and mine).

Let's get started by going over some of the highlights of this study.

Highlights of the Survey

According to the respondents, almost a hundred percent of them use Facebook as their main channel for promoting their business.

Almost all respondents use Facebook as their main channel for promoting their business. #socialmedia @bufferapp @socialmediaweek

And if you watched this live presentation, you're probably doing the same thing and that's probably why on you're on Facebook and this is probably how you discovered my presentation.

And then there's the 89% who are on Twitter, which I thought was surprising because I heard that Twitter isn't as effective anymore. But maybe that's just what I heard.

And 70% are promoting their products on LinkedIn, and an equal percentage are using Instagram. I was kind of surprised about LinkedIn because I know it's not that popular. Among social media platforms, it doesn't have as many active users but it is a very targeted platform. And that's probably why 70% of the respondents market on LinkedIn.

And an equal percentage, 70%, use Instagram. This probably makes sense as well because I have read that people get a lot of good engagement on Instagram.

I'm surprised that only 57% of the respondents use YouTube. As I mentioned in a previous presentation, YouTube is the second largest website in the whole of the internet. So, that's a question mark for me. How come only 57% of marketers are using YouTube to promote their businesses? Does that give you a hint as to what opportunities we might have?

Next, the question was, "How strongly do you agree with this statement: My Facebook organic reach has declined over the past 12 months"?

More than half of the respondents, 55%, agree or strongly agree with this statement. How about you? Have you noticed this? Do you think your organic reach on Facebook has declined in the last year or so? I've read theories that this is because Facebook wants us to "pay to play." That's probably one of the reasons.

Also, recently, Mark Zuckerberg posted on Facebook that he would like Facebook to be more about relationships, about people connecting with each other. And so I can imagine that Facebook's organic reach for businesses is going to go even lower than it has been.

The next question is, what types of content does your business share on social media? Almost all respondents share images and a close second are links and then written posts.

So 70% of marketers say that they publish video, but they only do it sparingly. A third of them only do it monthly and some even less frequently than that.

What types of content do you plan to create more of in 2018?

A total of 85% said they would like to publish more video in 2018, while the rest they say more images and more written posts.

But what's holding marketers back from creating more video content? Sixty-four percent said it's the lack of time and 41% said lack of budget. Those are the top two constraints marketers have for using online video. Now let's go to my favorite, which is live video.

Did your business broadcast any live video in 2017? A whopping a 69 percent said no. They have never broadcast a live video, while 31% said they have tried broadcasting live content.

But some of them may have done it once and still they get to answer yes. Only 21% used Periscope. Once upon a time, Periscope was the leading platform for live video.

But this finding is not surprising for me because it's not as easy as it is on Facebook.

But I wonder if you've noticed that you can now very easily go live on YouTube from your smartphone?

On the desktop, it's not that easy yet but who knows? Maybe that's coming soon.

Next: How frequently do they share live video? Again, there's no consistency here among marketers. More than half, 58%, said rarely and only 25% said they do it monthly, others weekly, and I fall into that category, 12%. And 5% said
multiple times per week and only 1% said daily.

How effective is live video for them? Only 36% said "somewhat effective" and 29% said they don't know how effective it has been. So, measuring the impact of their live broadcasts seems to be a problem or a challenge for a lot of marketers.

1. The big opportunity is in video, specifically live video. The first one is--and I'm sounding like a broken record by now--that video is the big opportunity for all marketers to stand out from a noisy marketplace, especially on social media, we are bombarded with so much information. We see so many images on social media.

But few marketers are using video and those who are using it are not doing it consistently. They're only doing it monthly. So, if you want to stand out from the noise in social media, I strongly believe video is the way to go.

What about you? Are you creating your own videos and posting them in social media to promote your product or service?

Again, online video is where the opportunity is, and especially Facebook live, precisely because most marketers are not doing it yet.

Online video is where the opportunity is, especially Facebook live, precisely because most marketers are not doing it yet. #socialmedia #socialmediamarketing @bufferapp @socialmediaweek

2. Live video is the way to overcome the top video challenges. The second takeaway for me is that the majority of the respondents said they're not doing video because of two biggest obstacles, time and budget.

But if you want to do something else, like do a screen share video or some other fancy stuff then you're going to need something that's more robust than iMovie. That's why it takes time.

Then after you edit it, depending on how long your video is, there's a rendering time. This is the time that you're just waiting for the software to to put everything together and to spit out your mp4 or m4v or whatever format your video is going to end up. That's why it takes a lot of time to produce video and why it costs a little more.

But if you do live video, you're not going to write a script because you're with live video, there's no editing involved. As we would call it in the TV industry, it's live edited, meaning you're editing as you're performing.

That's what's happening with me and my graphic overlays on my Facebook live. I'm live editing. Everything is being recorded and edited as you're performing your live video.

As for budget, all you need is your smartphone to do a live video. If you want to go a little bit more pro, then an investment in a good microphone for a smartphone costs less than $50--definitely not as expensive as you would need if you were doing pre-recorded video.

3. Be an above-average marketer by tracking your metrics. A lot of the marketers in the study are not able to track their results and they can't say for sure whether or not their videos are accomplishing the results and the goals they have for these videos.

This is again another thing that's easy for anyone to do. It doesn't a lot of whatever technical know-how. All it takes is to know what the goal is for your live video and have a way to measure.

Of course, your goal needs to be measurable in the first place. If your goal, let's say, is to build trust among your community, then that's not a measurable goal.

But if you set a goal that's more like "to get 100 people to sign up for my free report," then that's a measurable goal. It doesn't have to be hard and all it takes is some strategic thinking and forward planning.

If you want to do your own Facebook live, then I have something for you. You can use this checklist to streamline your work process so that you can do more Facebook live streams in less time and get better results.

What are your key takeaways from this survey?

The Best Day and Time to Send Emails

Previous Post 3 Power Tips for Your Online Videos Next Post How to Get Clients: Insights and Tips for Freelancers 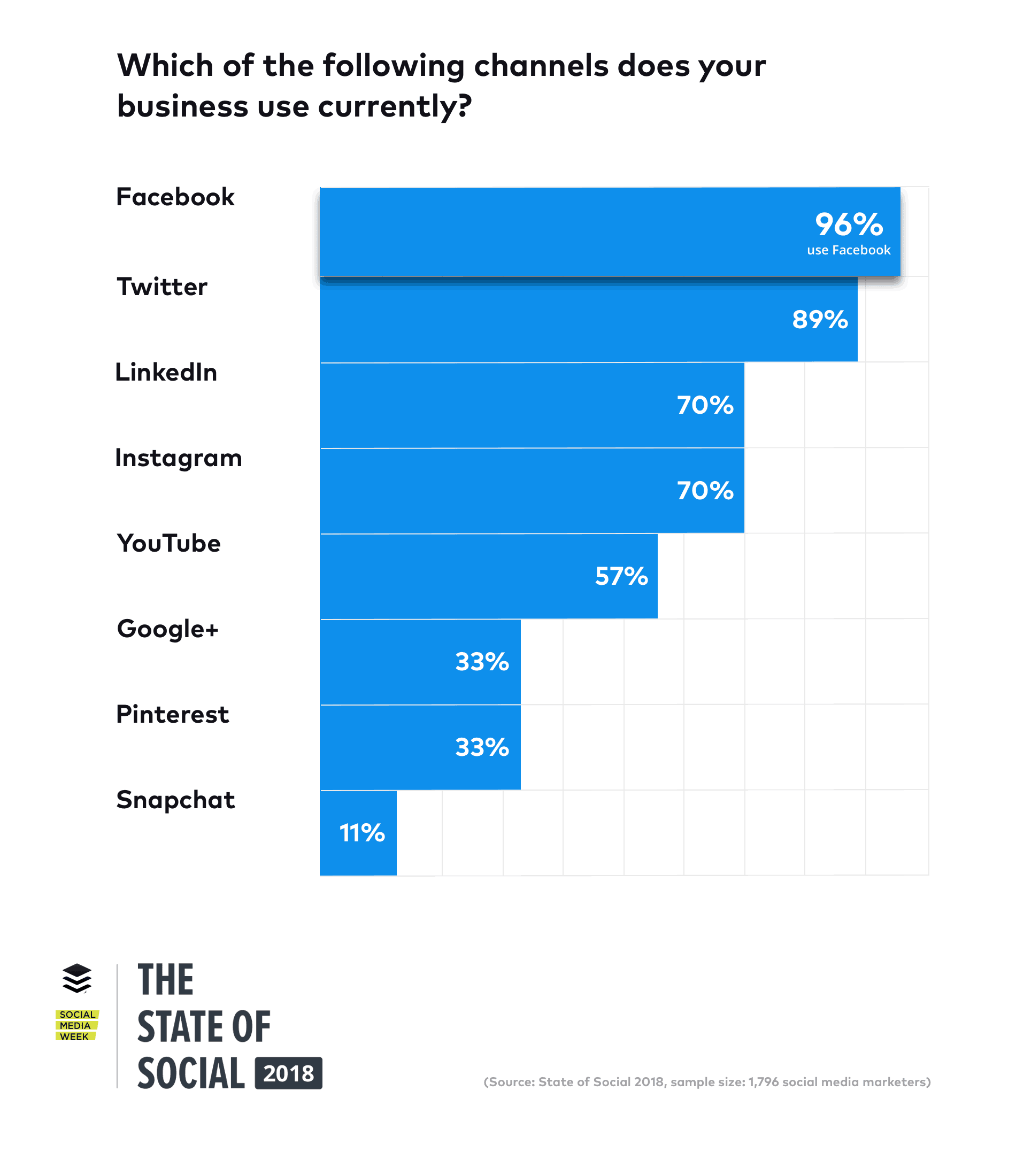 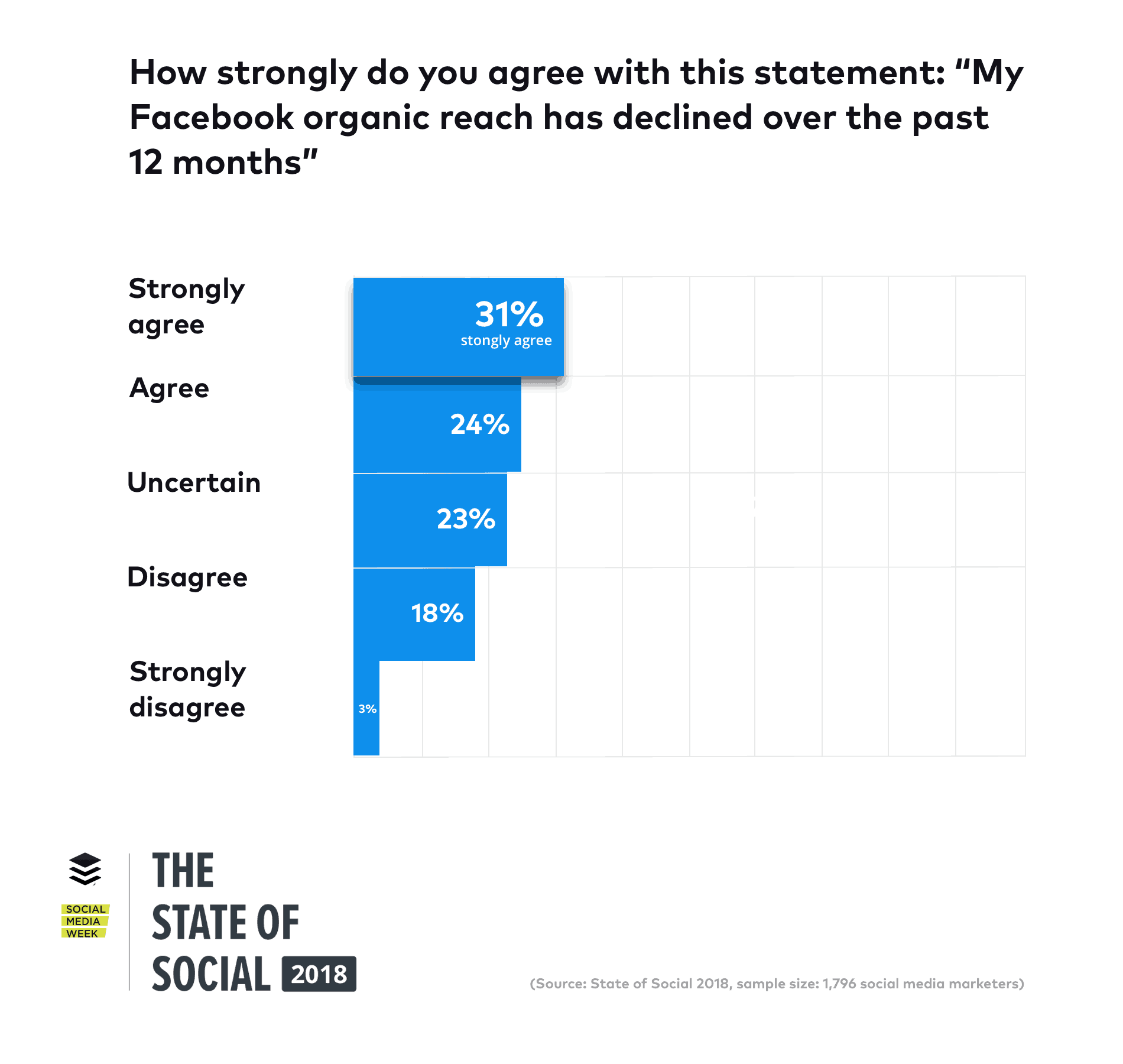 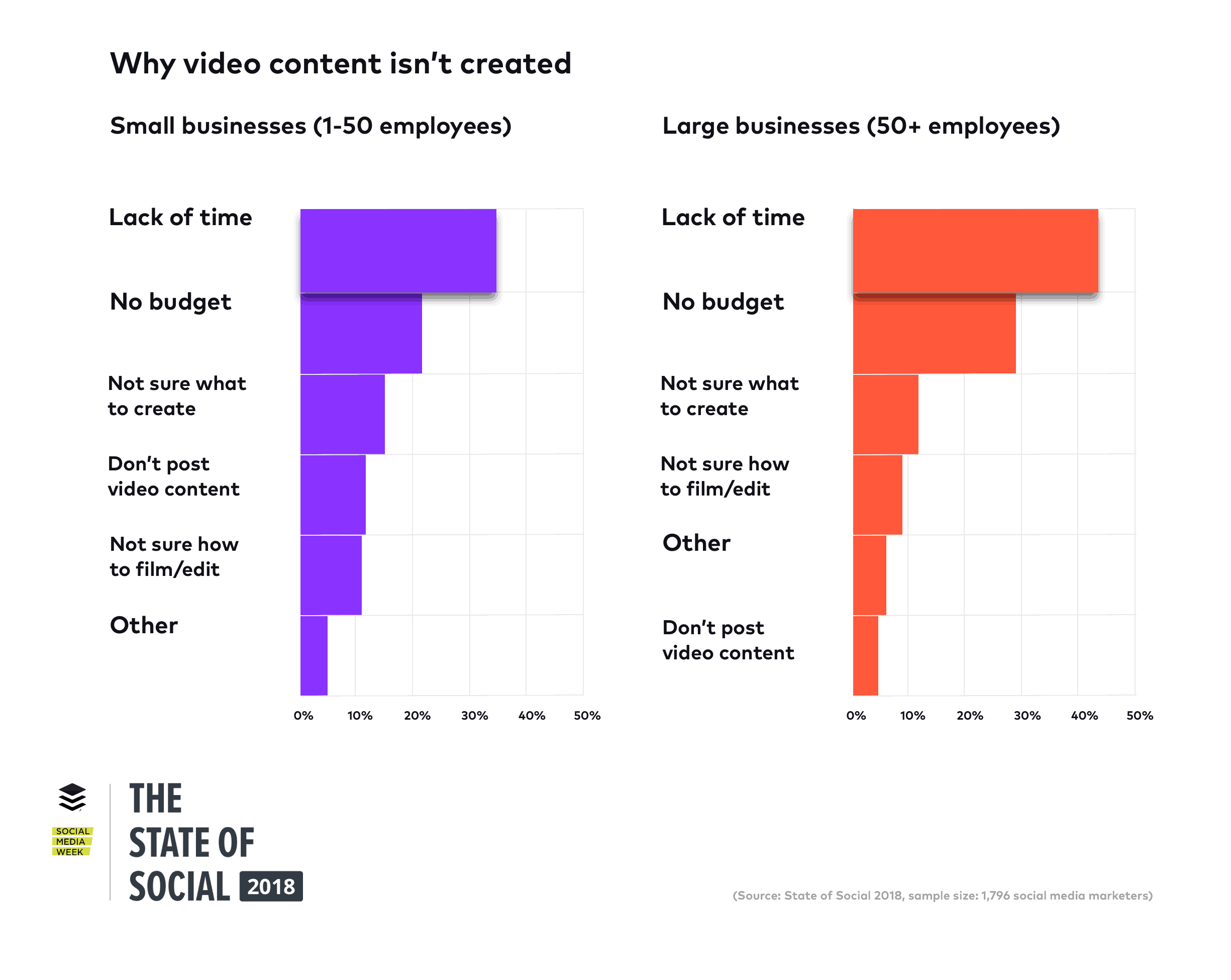 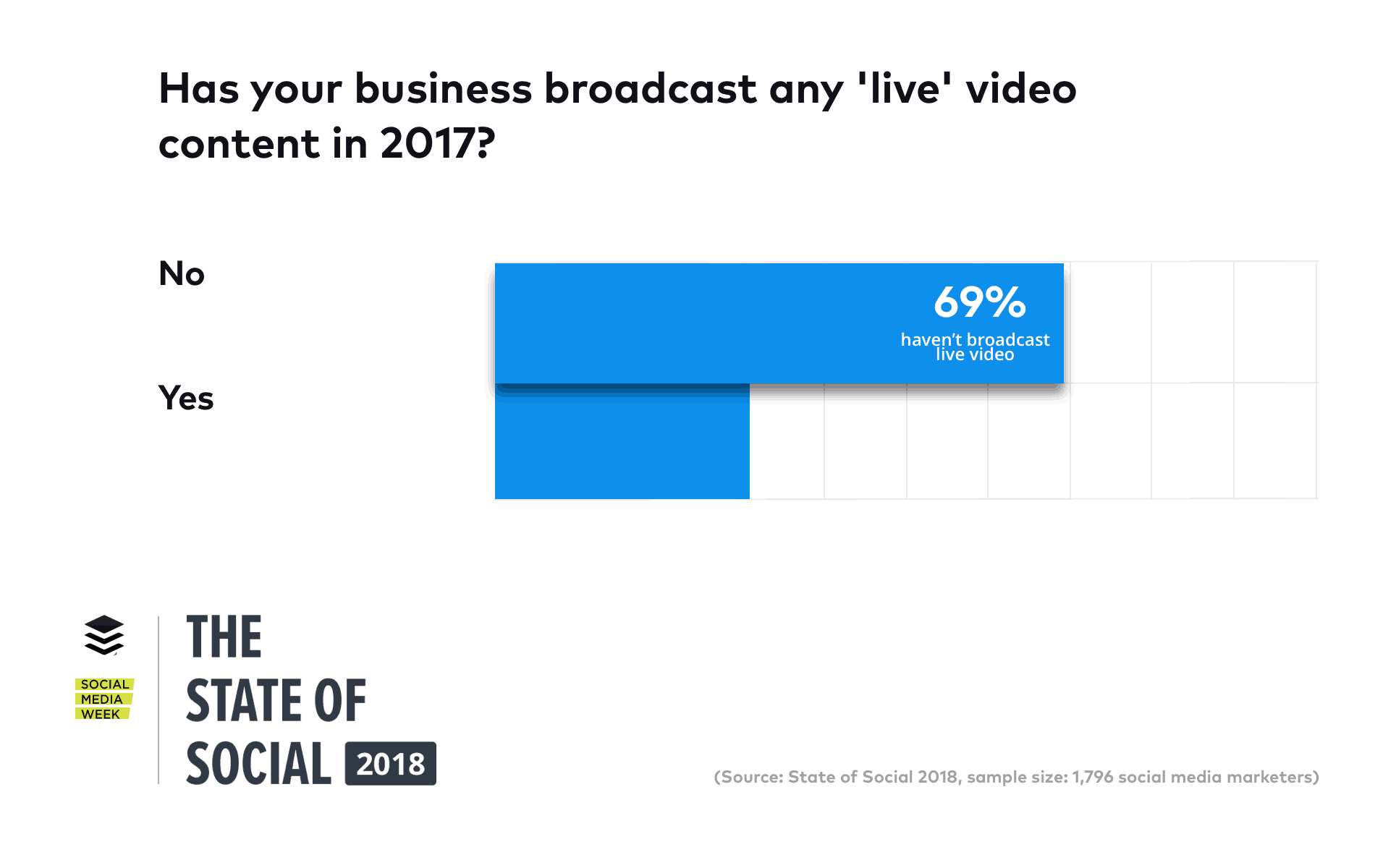